Deathcrusher Tour in Cologne with Carcass with Obituary, Napalm Death and Voivod 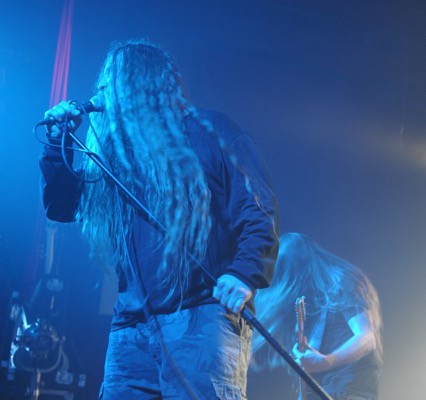 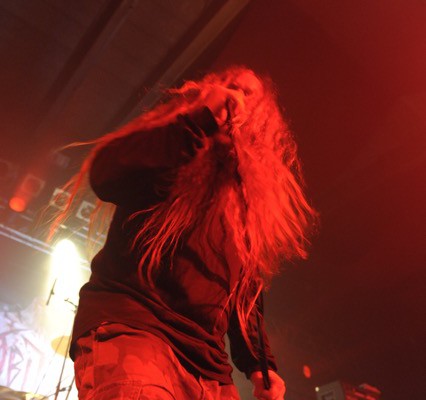 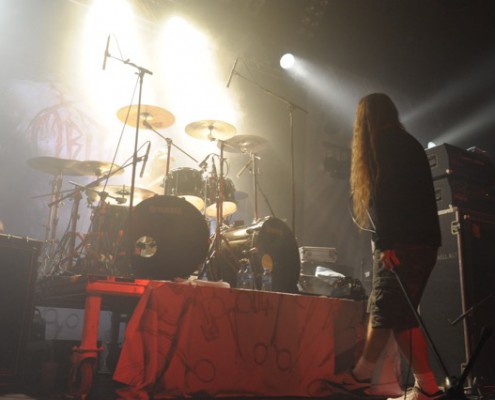 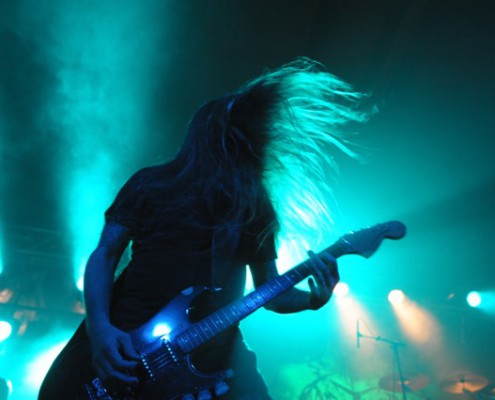 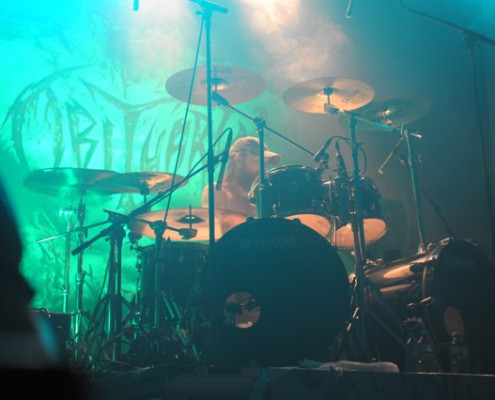 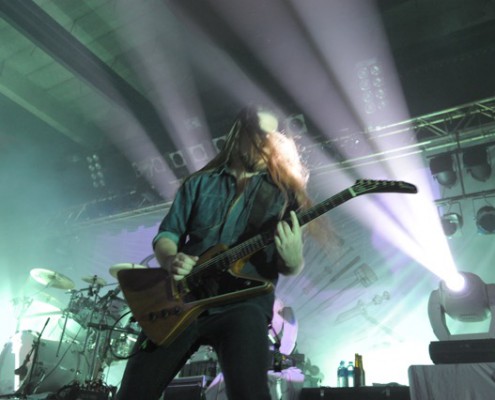 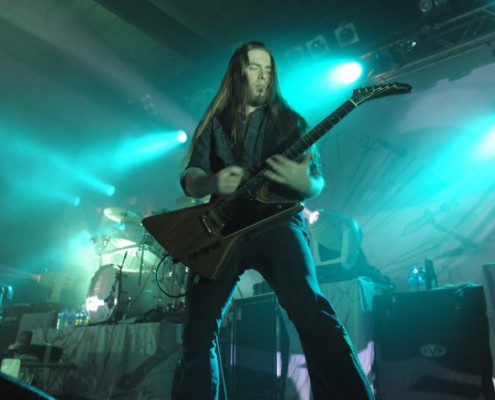 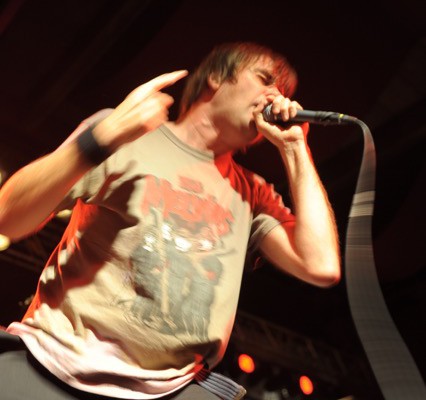 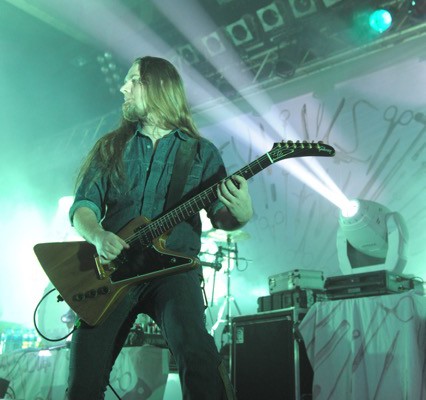 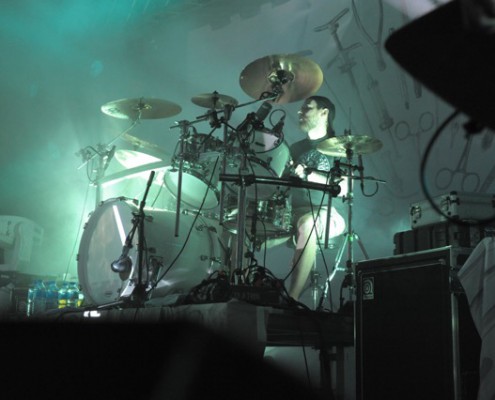 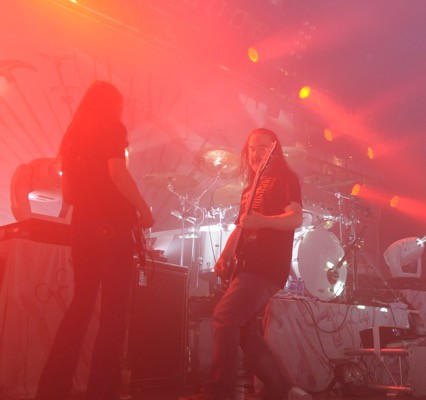 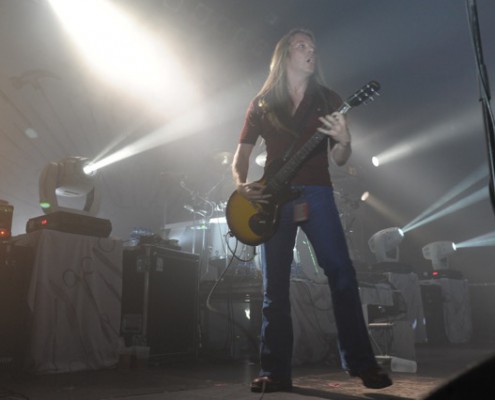 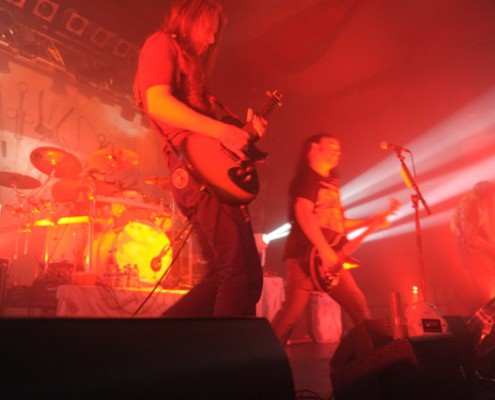 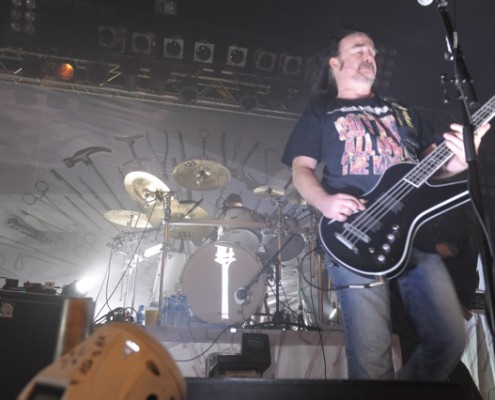 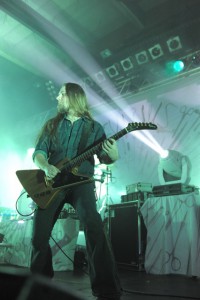 CARCASS, OBITUARY, NAPALM DEATH, VOIVOD. These are four masters and legends of extreme metal. And they are all on one single tour. “Deathcrusher“ Tour 2015 features all these groups as well as up and coming act HEROD, which I don‘t catch tonight. A show in Cologne on a Monday at 6.30pm is a very ambitious concern.

When I arrive Canadian avant-garde thrashers VOIVOD are already up on stage. Honestly, I have never been a fan of the four-piece. Their sound is far too chaotic for my taste. Tonight‘s show won‘t change that opinion, even though it is nice to see these legendary thrashers on stage. The eight song strong setlist is filled with classics such as ‘Voivod‘, ‘Order of the Blackguards‘ and ‘Ripping Headaches‘. The sound is not the best, especially the drums are a bit too quiet. At times I wonder if the snare is even in the mix.

Up next are British grindcore godfathers NAPALM DEATH. I never was a fan of the band or their genre at all. I listened to their classic records, but I didn‘t like them in the least. But I must admit that tonight‘s show is quite good. It seems like their newer songs actually can be titled as songs and not just 30 seconds of noise. Singer Barney Greenway is clearly the centre of attention of the British group. It seems like the band is able to play about 20 songs within their 35 minute long set and I don‘t know any of them. Despite being unfamiliar with the band‘s music the show is much better than I‘ve expected. The soundmix is better than it was during VOIVOD‘s set as well. 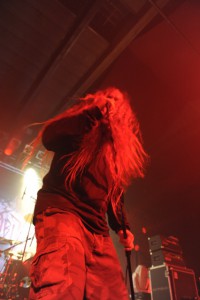 Florida death metal pioneers OBITUARY is what I was looking forward to the most. The group‘s first four albums should be part of every good metal record collection. The instrumental ‘Redneck Stomp‘ opens the band‘s set. The setlist is a solid mix of the band‘s first three records, “Frozen In Time“ and their most recent offering “Inked In Blood“. It is obvious that the crowd thirsts for the old stuff like stomping death metal tunes such as ‘Intoxicated‘ or ‘Don‘t Care‘. OBITUARY is tight. The mid-tempo songs sound perfect as well as singer John Tardy, who still sounds like back in the early 90‘s and even looks alike. For 40 minutes the Florida death legends raise hell and wreck some necks in the front rows. The classic ‘Slowly We Rot‘ ends a great set, so far the best of the night.

But headliners CARCASS of the Deathcrusher Tour in Cologne are even better. The stage is decorated in white, which looks pretty good and different from other extreme metal bands. The British four-piece enters the stage and begins a great set with ‘Unfit For Human Consumption‘ from their most recent output “Surgical Steel“. The sound is great, the light show impressive, even though they mostly use green or blue lights, which look amazing on the white stage and the setlist is all killer, no filler.

Especially the songs taken from the band‘s masterpiece “Heartwork“ are the obvious favourites among the fans, but the new tracks are also worth noting. They can hold up to the high standard of the CARCASS‘ old material. The whole performance shows why the British band was one of the best death metal acts back in the 90s. Even now, almost 20 years are disbanding they are still a driving force in metal.

For almost 70 minutes CARCASS blast their melodic death metal through the venue. ‘Heartwork‘, which features some of the best leadguitars in this genre, and ‘Mount of Execution‘ bring a great performance to an end of Deathcrusher Tour in Cologne.