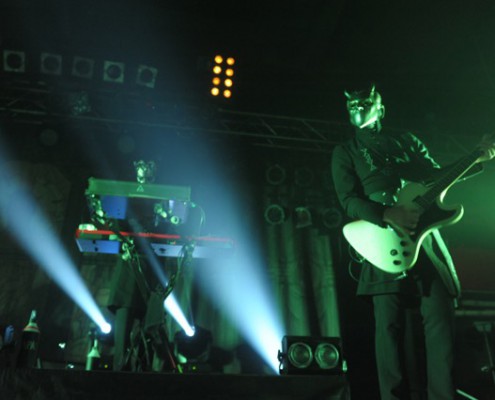 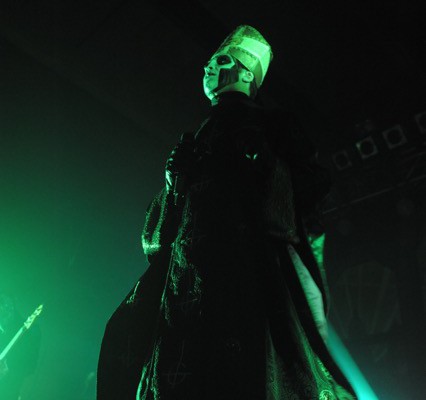 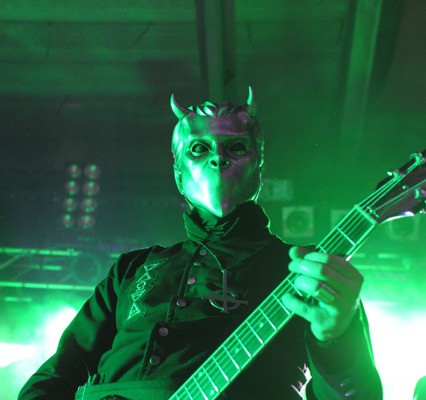 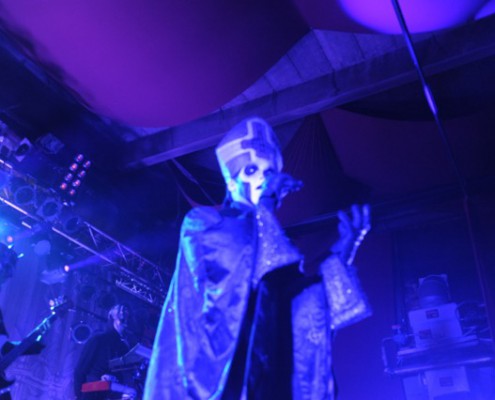 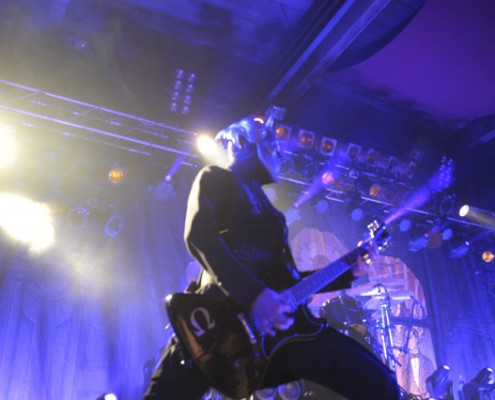 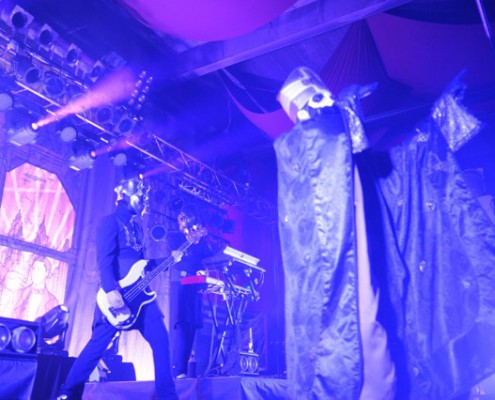 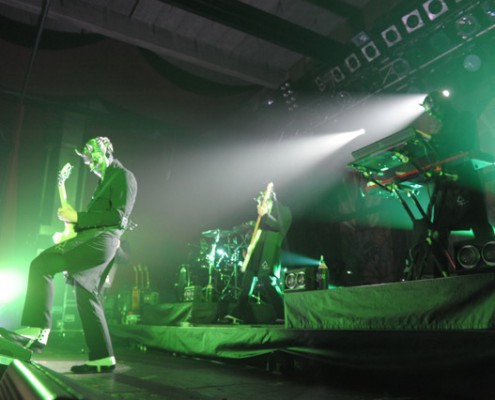 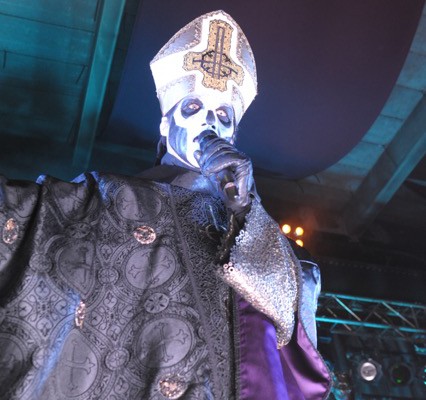 GHOST do not put on a normal concert. Their shows are more like a mess. Sacral music during the break and the smell of myrrh fills the air. Two years ago their Cologne show was attended by metalheads for the most part, 2015 the audience differs. Rockers, metalheads, HEAVEN SHALL BURN-fans, indie kids and normal guys are among the crowd. 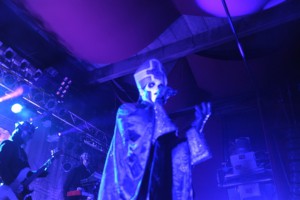 First on stage are Swedisch up and coming rockers DEAD SOUL.The trio consists of a vocalist and two guitar players, who also play keyboards as well. The drums are sampled, in case you wonder where the drummer is. The band‘s sound reminds me of a classic rock orientated version of COLD CAVE. Sometimes I even think of JUDAS PRIEST‘s “Turbo“ album because of the distorted guitar sounds. For thirty minutes the band entertains the crowd and I guess they do well – according to the level of applause they get in response for their songs. DEAD SOUL is a band you should clearly watch out for in 2016.

Then it is time for the Nameless Ghouls of GHOST to enter the stage. The musicians, who are dressed in fine suits, begin with ‘Spirit‘, taken from their most recent record, this year‘s “Meloria“. The crowd gives them a warm welcome, but goes ecstatic when vocalist Papa Emeritus III appears. Especially the new songs sound heavier than on record. 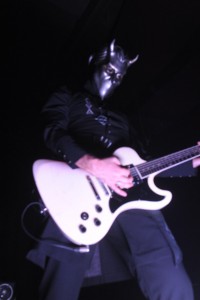 The setlist consists mostly of tracks from the last two studio records. I think they could have included one or two songs more from their debut, but this is the only thing you could possibly complain about. The show is perfect. The use of fog and light is perfect, the sound is good, Papa Emeritus is one hell of a great entertainer and far more funny that he appears on the promo shots of the band. After half of the set he also strips down from his robe and appears on stage in a suit like the other members of his band. Somehow he looks like a young King Diamond in the 18th century.

After ‘If You Have Ghost‘ the band leaves the stage, but re-appears are few moments later for the encore of this so far brilliant set. ‘Monstrance Clock‘ is the usually song to end every GHOST concert and it is as well today. For 80 minutes the occult rockers entertained its audience and there was not a single second of this gig that did not satisfy the 1200 fans in Cologne!