The Used in Cologne with The New Regime 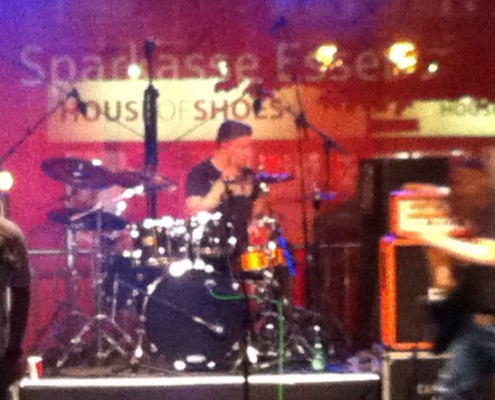 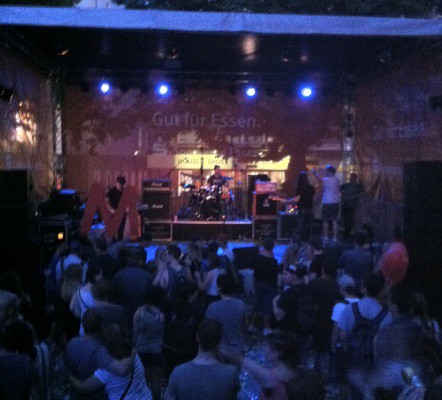 The Used in Cologne

with The New Regime

THE USED used to be one of emo’s biggest bands back in the early 00’s. Their self-titled debut was one of the first major successes of that kind of music before bands like TAKING BACK SUNDAY or MY CHEMICAL ROMANCE took emo to new heights of stardom. THE USED’s second record “In Love and Death” was even bigger. Those two records defined this band, but the following “Lies For The Liars” still was a great record. Then “Artwork” and “Vulnerable” were released – to mixed reviews and far less commercial success. With 2014’s “Imaginary Enemies” the US-rockers returned to form.

On two nights in each city THE USED celebrate their first two releases. One record each evening performed in its entirety. I’m surprised that this band still manages to sell a lot of tickets. About 600 fans attend to the shows. Another surprise is how young many fans are. I expected many people at the end of their twenties. In fact many fans might be under twenty.

The support act for both evenings is THE NEW REGIME, Ilan Rubin’s band, who is well known for drumming for acts such as LOSTPROPHETS, PARAMORE, NINE INCH NAILS or ANGELS AND AIRWAVES. In this formation Rubin is playing guitar and sings as well. Their sound resembles COHEED AND CAMBRIA and a less technical version of THE FALL OF TROY. It’s obvious that most people don’t know this outfit, but those few who are familiar with the alternative rockers seem to have a good time. But most of the crowd just wants to see tonight’s headlining band.

After a 30 minutes break and a four minute (!) long siren-intro, finally THE USED hit the stage. Of course they open the set with ‘Maybe Memories’. The sound is quite perfect and vocalist Bert McCracken’s voice sounds great. Far better than the last time I’ve seen the emo-rockers back in 2007.

Today’s setlist is no surprise at all. The group plays its debut record from front to back. Though it is surprising, they even include the hidden track ‘Choke Me’ as the encore of the evening. THE USED stretches the 44-minute record up to 75 minutes stage time. Due to long speeches in-between songs. Of course most of the crowd is eager to hear ‘The Taste of Ink’, ‘A Box Full of Sharp Objects’ and the ballad ‘Blue and Yellow’. On a personal note, I always loved ‘Bulimic’, so it’s nice to finally hear that tune live.

Even though the first evening in the Bürgerhaus Stollwerck was really good, I’m confident that night number two will top that easily.