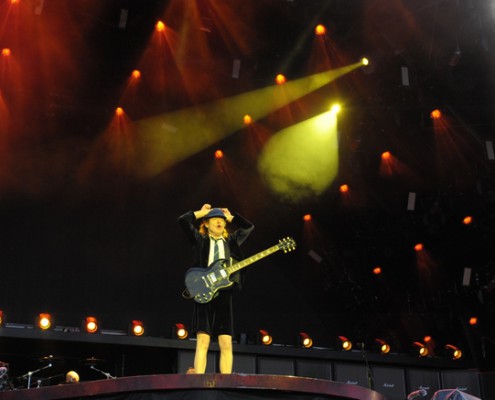 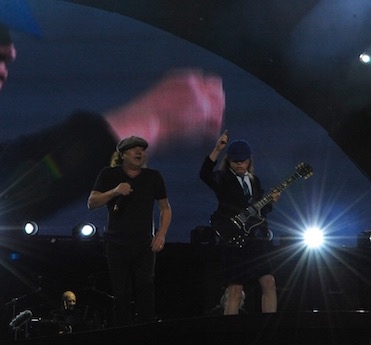 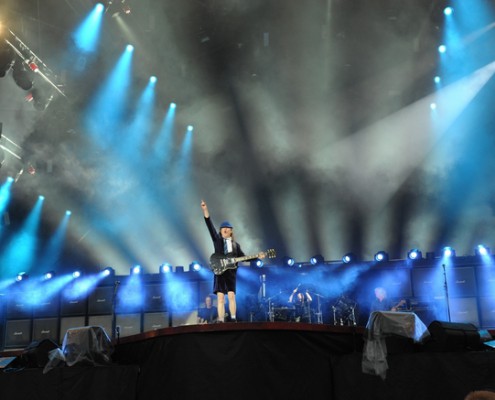 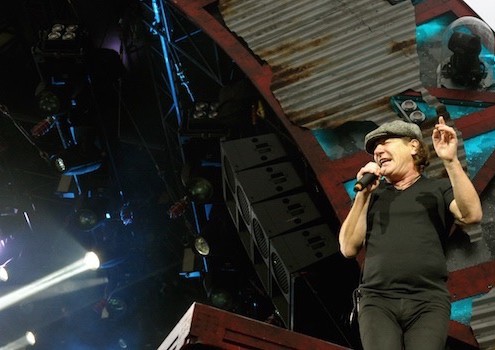 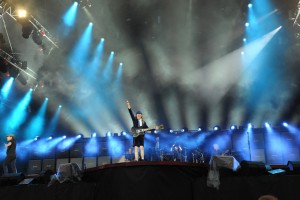 Bands: AC/DC with The Vintage Trouble

I have never been a fan of hard rockers AC/DC. So attending to this show is kind of an experiment, one last attempt to like the rockers from down under. 80.000 people, that‘s as much as the whole Rock am Ring festival draws, bought a ticket for this show. Unfortunately the weather is bad – at least for an open air show like today. It‘s cold, it‘s rainy, it‘s grey. At least it gets a little bit better during the evening.

The first band I see is THE VINTAGE TROUBLE. I guess most of the crowd doesn‘t know the band. The four-piece‘s sound is very 60‘s like and blends soul with rock music. To be honest: it isn‘t my kind of music, but at least the group‘s singer puts on a great show. It is surprisingly exciting, what he does during his performance. He definitely has some good poses to show off. The well dressed band give their best shot to win the crowd over. And they succeed. I am pretty sure that they gained some new fans today.

Then it is time for legendary hard rock from down under, AC/DC. Even if you‘re not a fan of the band you will recognise most of the setlist. The show starts with an impressive animated video introduction on the big screen that functions as the back of the stage. This leads right into ‘Rock or Bust‘, the title track of the band‘s most recent studio effort. Singer Brian Johnson and guitar player Angus Young are the centre of attention of the show, while the rest of the band stays in the back of the stage.

The audience is a wild of mix of different people. Rockers, metalheads, father-son-duos, totally normal people, who don‘t seem to be into rock music too much and probably attended to the Helene Fisher shows a few days earlier in the football stadium next to the Jahnwiesen. But songs like ‘TNT‘, ‘Hells Bells‘, ‘Shoot to Thrill‘ or ‘Thunderstruck‘ are well known tunes everybody on this earth will know.

After an extended version of ‘Let There Be Rock‘, which is tormented by a far too long, far too boring solo by Angus, the band ends the regular part of their show. But the rockers return for an encore, starting with the all time classic ‘Highway To Hell‘. Of course here everybody goes crazy. Following and closing is ‘For Those About To Rock (We Salute You)‘. Then the almost two hour set is over.

I am still no fan of the band, but the show wasn‘t a waste of time. The sound was great, even in the back, and the lightshow was superb as well. But this just isn‘t my band.

Exodus with Dew-Scented and Arcania